I’m a sucker for idylic anime. The kind of show where ostensibly “nothing happens” and a likeable cast just hang out. Flying Witch is this kind of show done perfectly. The common disparaging “nothing happens” criticism of these kinds of shows is kind of misleading. It’s not that nothing happens so much as a lack of an overarching narative. Things happen, but they’re isolated incidents in the lives of the cast.

I wrote yesterday about the value of characters having lives off screen, shows like Flying Witch thrive on this.  There’s a small thread of story throughout with Chinatsu deciding to become a witch, and gradually becoming more and more involved in the world of magic, but it’s intentionally not buildng towards anything (aside from her getting a neat cape). Any given episode is just another day in the lives of the cast. 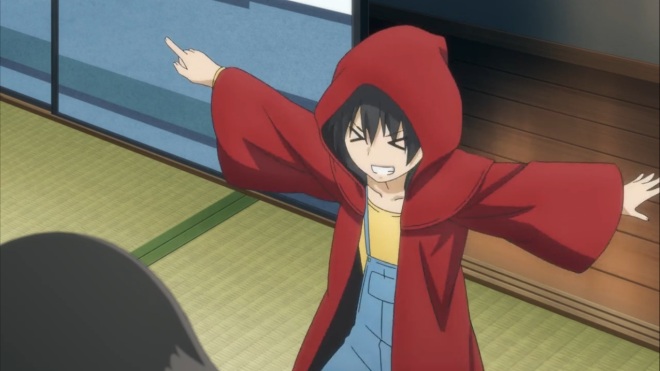 This plotnessness is a strength in and of itself. By choosing to eschew any significant attempts at a story, the show can double down on what it actually wants to do. Creating a cast of engaging characters in a well realised setting. This kind of series absolutely isn’t for everyone, and it’ll probably never achieve more mainstream appeal, but they can be damn good at what they do.