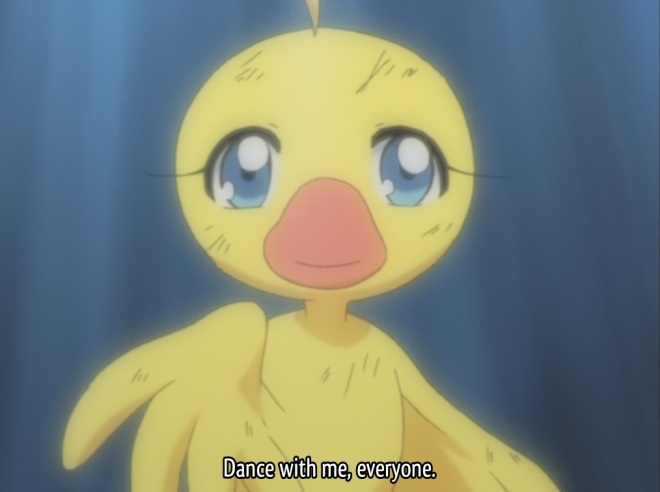 As I mentioned yesterday, I attempted a sadly short-lived Magical Girl binge this year. The first show on the list was Princess Tutu (after all, the protagonist is literally an Anime Duck, I couldn’t not watch it), and it was a fantastic way to start. Managing to embrace its fairly tale aesthetic whilst putting enough of a spin on to feel like its own thing, it’s a delightful series from start to finish. One thing that really stood out however, was how it handled its villains, by spending the first half of the series without any.That’s not to say Tutu is without conflict, each episode features a character in an adversarial role, but they’re not really villainous or even actively working against Tutu in most cases. Because that’s not how the series works, the first half is a treasure hunt, with Tutu hunting down the shards of the amnesiac prince Mytho’s shattered heart. These fragments embody his various, invariably negative emotions, and the contrast between Ahiru’s noble goal of returning the prince’s lost emotions and the obvious pain they cause him forms the core conflict of the early somewhat standalone episodes. 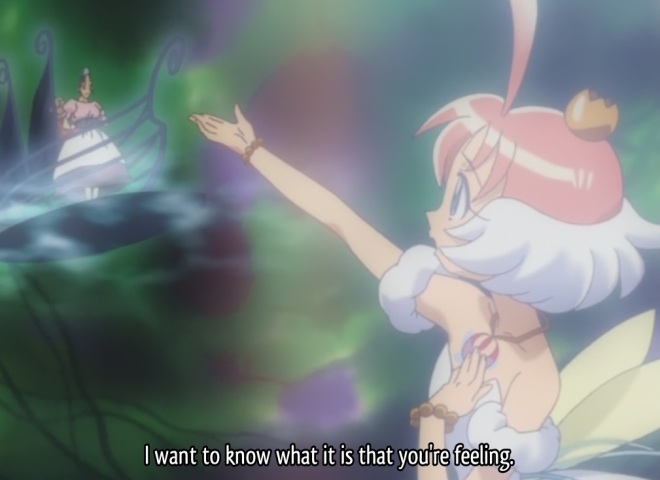 This conflict is played out on a smaller scale with the episodic focus characters, individuals who have been possessed by the wandering fragments as a result of their own emotional imbalances. A jealous lovesick girl, a once joyful cook wallowing in sadness after the death of her husband, a lonely, abandoned lamp spirit, each of the hosts is suffering, and the fragments are drawn to that powerful display of the emotion they represent. In another show they might fall into a more traditional monster of the week role, rampaging and being defeated by the heroine. Tutu’s approach is different, she dances. 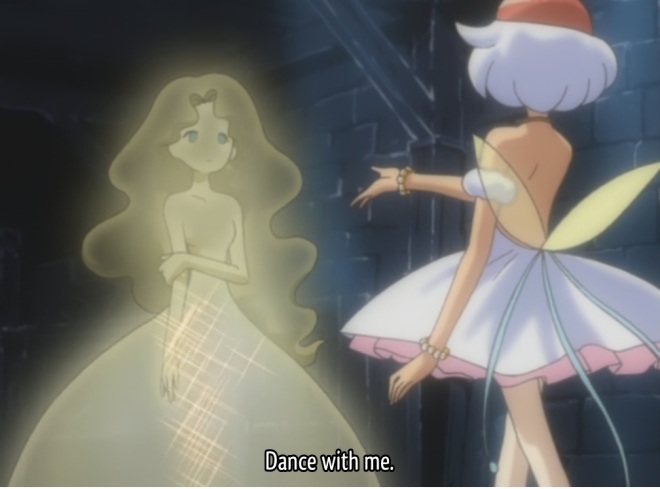 Aside from fitting the show’s ballet motif, the dances reflect how the show sees these people. It’s not an attempt to win a battle, Tutu dances for understanding. The dances are a form of empathy, a way of including the other. It’s not just Tutu herself dancing, she wants to dance with the person, to understand those feeling that have them trapped and let them see that they’re valid. Because much like the greater quest to restore Mytho’s heart, the conclusion Tutu reaches is that none of these emotions are inherently bad, none of these people are wrong for feeling how they do, they simply let those emotions take over. Negative emotions hurt, but they’re every bit as important as the good, and essential for the whole. 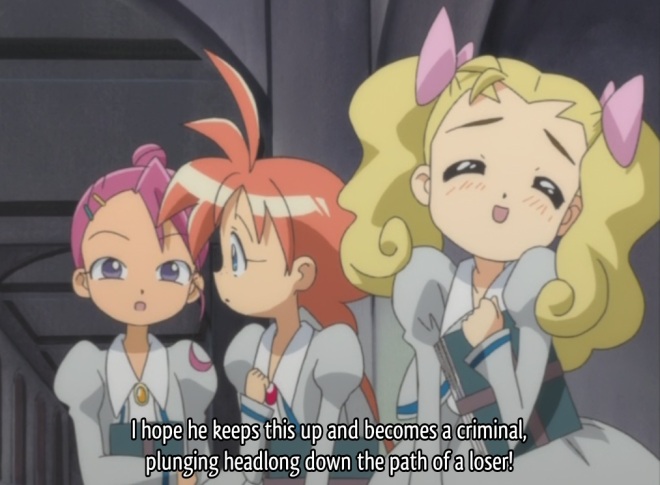