A whole lot of anime comes out every year, naturally this means stuff slips under the radar. Prior to this year I had no idea Majin Bone existed, because nobody remembers that Majin Bone exists, and that’s a real shame, because it’s great.

It’s easy to see why it didn’t make a splash, it’s a 52 episode long advertisement for a virtual card game nobody outside of Japan has ever heard of, which seems to have not made much of a splash over there either (seeing as the official website for the game no longer exists, it’s probably dead). I wouldn’t have even given it a look if not for a brief twitter exchange near the start of the year.

I’m glad I did though, it’s not the most ambitious series in the world; but it does what it wants to, and does it well. The main cast are a bunch of goddamn dorks and they’re all super likeable (even the one character who’s clearly meant to be irritating manages to actually learn from his mistakes and acknowledge his weaknesses).

Where the show really shines though, is in the unusually good CG fight scenes. With only a few exceptions, every fight feels fresh and creative; there’s always some new spin on a returning opponent’s power, or a new fighter brought into the fray to mix things up. The fighters themselves compliment those powers well, they sometimes fall into standard anime character archetypes, but there are enough new ideas that I was always excited whenever another enemy stepped onto the stage. Some my personal favourites were Swordfish; a stoic, honourable swordsman who becomes less and less concerned with actually playing to this role over time, eventually giving up on his overblown attack names as the fight drags on. And Crow, a wanabe ninja using his Bone powers to emulate ninjutsu. 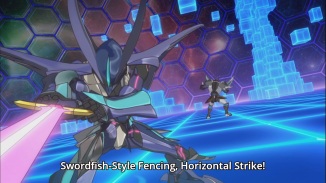 Dark Panther is the coolest Bone though, and it’s criminal that Liebert never got an Iron or Rare Metal upgrade along with the rest of the team. 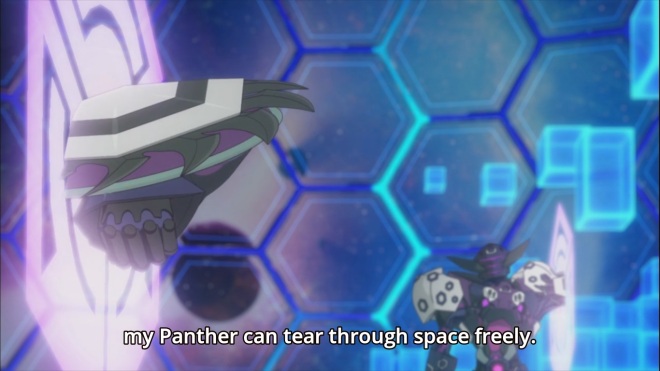 Majin Bone doesn’t stand out much, but it’s a lot of fun and I’d definitely recommend it. And it has ducks in it! A clear sign of a high quality anime.