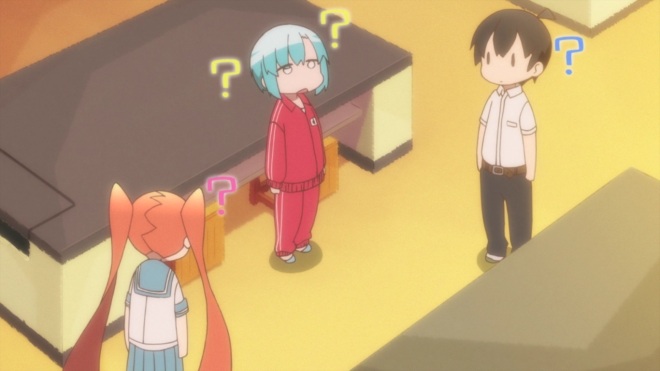 And here we are again, it feels like it’s only been a few weeks since I last wrote one of th… oh right. But hey, this one’s actually appearing in a timely manner for once, so that’s nice. This season was relatively sparse on the whole, with only four of the seven airing shorts licensed In terms of quality I mostly found myself with extremely mixed feelings on arguably the season’s flagship short, which was a little disappointing. But enough preamble, let’s get to the rundown. 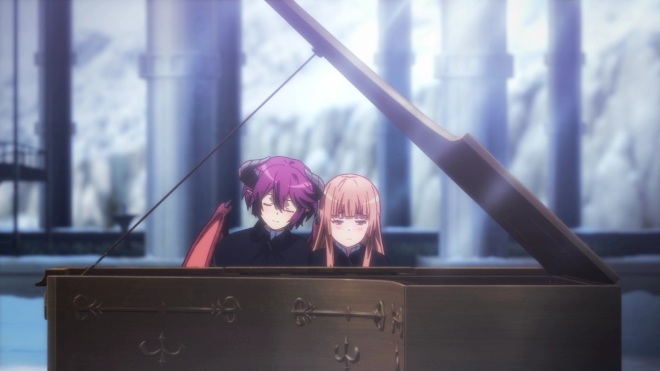 Having been originally announced way back in 2015, Manaria Friends finally made it out of development hell this season. I’ll start out by saying it’s one of the most lavishly produced shorts I’ve ever encountered. A ton of effort has clearly been put into the realisation of the setting. In a subsection of anime often characterised by a certain level of low budget/effort jank it definitely stands out in that regard. I just wish it was all in service of something I could enjoy more. Manaria Friends makes its intentions pretty clear from the start, opening on a drawn out sequence of the two leads getting dressed for the day, a trend which very much continues throughout the series, the show is just actively horny for its leads. Anne and Grea are a cute couple and that just makes it all the more frustrating that the show falls into the usual “wow such good friends” tropes and refuses to really engage with the nature of their relationship, all while the camera leers at one or the other. This all results in a show that ultimately feels voyeuristic and at times outright creepy. The way the dynamics of the relationship are framed is also a little uncomfortable at times, since it often boils down to “Anne ignores Grea’s boundaries and gets away with it”, combined with the camera it sometimes feels like Grea is just there to be objectified, both in and out of universe. There are definitely points where Manaria Friends clicks, but when they’re interspersed with moments of aggressive thirst it’s hard to separate the two. 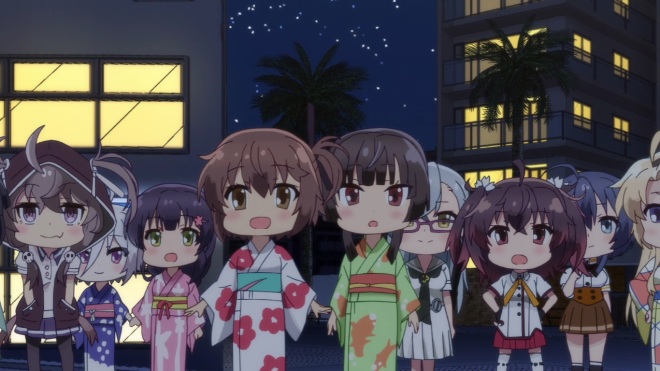 Oh boy, it’s time for “spinoffs to shows I haven’t seen” again. Where last season’s entries in that particular category managed to be surprisingly coherent, Mini Toji was not. While it did open with a recap episode where a pair of the characters quickly ran through the events of the main Toji no Miko series the attempt to cram 24 episodes worth of plot and characters into two and a half minutes mostly just came across as incomprehensible. Beyond that recap the show was mostly just a sequence of character bits based on characters I’m not familiar with and stock anime gags we’ve all seen a million times before. It’s definitely not the worst offender and it gets some points for at least attempting to introduce its oversized cast at the beginning but this one definitely belongs in the “you need to be familiar with the franchise already” pile. 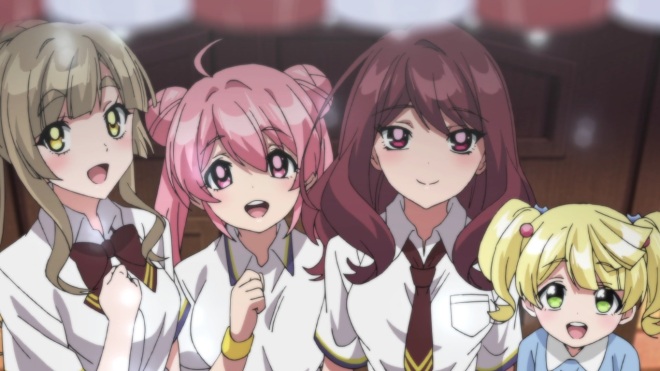 Rainy Cocoa is a strange franchise. Despite maintaining a 2 minute (including a 30 second OP) runtime for all five installments it’s mostly managed to do a fair bit with that small amount of time. I definitely remember the previous Hawaii seasons managing to feel like a lot was happening. This on the other hand feels empty. Somewhere along the line a lot of the energy went out of the series, the cast spend the majority of the runtime apathetically looking for a cat and not really interacting with one another. The shift to a female cast has also sadly blunted the show’s unapologetic gayness, Rainy Cocoa in Hawaii was extremely unsubtle about the two male leads being a couple (which did make it more than a little jarring when one of them up and vanished before the next one) whereas this entry is very “girls being good friends”, there’s a hint of a relationship forming between the main character and another of her classmates but they don’t even speak to one another until episode 10, and between that lack of interaction and 8 episodes of cat hunting it’s definitely not developed in any meaningful way. The whole thing just feels a bit lifeless really.

Well that was certainly a season, after Fall’s surprisingly strong showing it was always going to be a tough act to follow but honestly I was pretty disappointed overall. When there’s only one short in a season I’d actually recommend and even that comes with caveats things could definitely be better. Next season’s got a surprisingly large number of entries at least, hopefully some of them have a bit of substance to them.