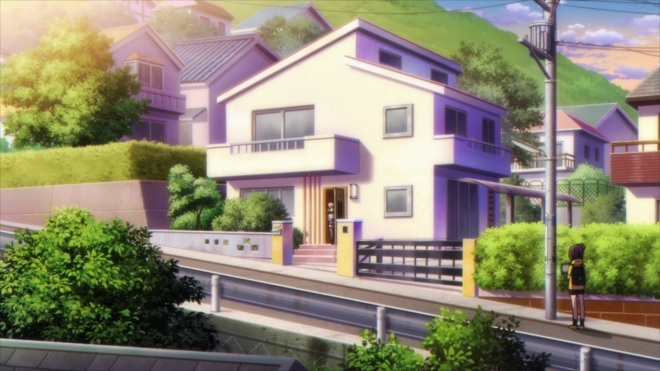 This week’s episode was heavily focused on the gaps left by things that aren’t there anymore, and how the absence of something can be just as revealing as its presence sometimes.

The most obvious thing missing this week was Anna. Despite Nene’s previous assurances to the contrary, Anna did not survive her defeat last episode, with the overwhelming magical power involved in her clash with Shingetsu being too much for her life force to handle. A tragedy made all the worse by her also having been erased from the memories of everyone not present at the time, with a returned Rosa seemingly replacing her in her family’s lives, and seemingly having retroactively become the Fugo family representitive. While Anna’s mother and sister seem happy in their new status quo it’s still pretty tragic, they don’t even get to mourn for a family member they no longer know existed. Restructuring history to erase an entire person isn’t exactly subtle though, and the complete absence of any magical readings is in and of itself noticable. 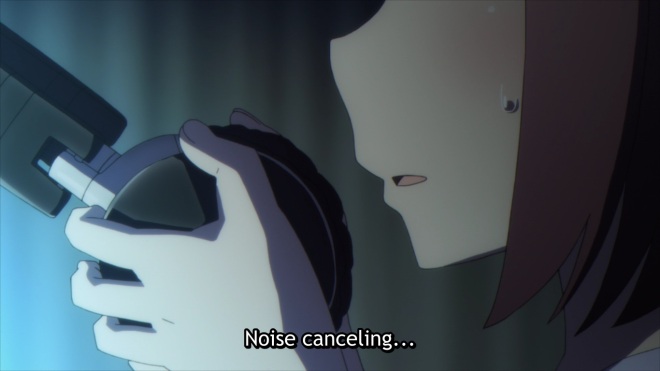 Luckily Nene continues to thrive in her role as support, eventually figuring out that the reason for this conspicuous lack of magical interference is due to someone or something applying a seperate magical signal to drown out the readings from all the other magic going on. This turns out to be even more revealing than expected, there is in fact a heck of a lot of magic going on. Which rather contradicts its apparent sealed status, possibly throwing the entire Granbelm status into doubt, and calling into question the motivations of Magiaconatus itself. Until now it’s been treated as a sort of automated system with no will of its own but we haven’t actually had any evidence for this, the possibility that an entity containing the combined magical power of the entire world is in fact using this power for its own ends is certainly a potential game changer. The other implications are just as potentially disruptive of course, now that large scale memory alteration is on the table just about anything could be happening outside of the cast’s awareness. It also might explain why Nene’s mother stopped recognising her.

Mangetsu and Shingetsu meanwhile, managed to use the absence of something to find a combined strength, Shingetsu can’t bring herself to publicly mourn Anna but the tear marks left behind still made her emotions clear to Mangetsu. Meanwhile Mangetsu continues to be tormented by visions of nothingness, coupled with nightmares about her own past being itself blank driving her to double down on her commitment to Granbelm even as Shisui tries to get at her. While the pair may not be able to be totally open about their own struggles with one another they’re resolute in their commitment to mutual support, although Shisui seems unphased, Shisui is always unphased though. She didn’t even bat an eyelid when Kuon attempted to assassinate her earlier in the episode.

And now for some wild speculation. The episode ended with Nene discovering a magical signal as strong as Mangetsu’s coming from either her house or her younger sister Kibou. Up until now it’s been at least implied that while Mangetsu herself has incredible magical power her home and family are mundane, apparently not. I think the reason for the huge spike in magical power surrounding Mangetsu’s family is because they potentially didn’t exist until recently. Mangetsu may be an incarnation of either Magiaconatus or the Granbelm contest itself. Between her inexplicable power, the repeated question of her magical lineage and the constant visions there’s clearly something up with her. The overwhelming mundanity of her life until now continues to eat at her because it’s how she was created, the most agressively unremarkable person possible to hide the greatest power in the world. She has nightmares about her past memories being blank because they truthfully are, she remembers her past as a vague unremarkable haze because she never truly experienced any of these things. We know now that the Magiaconatus can affect large scale alterations on people’s memories, it’s not too far fetched that it could retroactively insert Mangetsu into the world. It would also explain why White Lilly went berserk a few episodes back, where the other Armanox transformations have been as a result of their pilots finding new resolve, White Lily’s seemed to be outside her control, more instinctual than anything else, like some sort of countermeasure against her losing. Whether any of this is actualy true or not, and to what end if it is remains to be seen of course, but it’s fun to speculate. 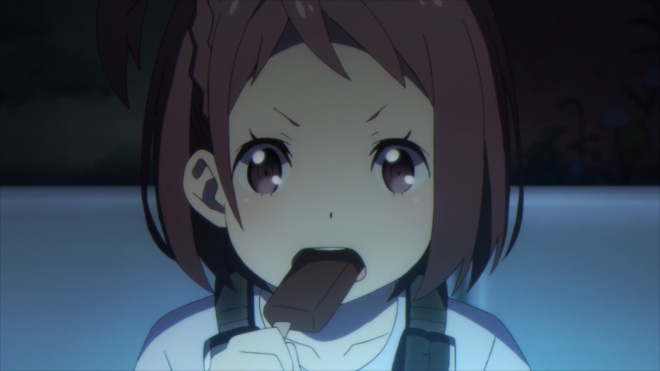