Well this is the third year in a row I’ve done this so I guess it counts as a tradition now (technically it’s the fourth but I hadn’t quite pinned down the format at that point so lets just ignore year one).  I watch a lot of short anime, I sort of make a point of trying to watch as many as possible, because I think they’re often unfairly looked down on because of their length and the perceived lack of effort that entails. There are some absolute gems floating around outside the bounds of the standard run time though, and each year I like to use one of these 12 days posts to highlight a few of the more interesting offerings each year.

Senryu Girl is just really cute, while conceptually it’s mostly just another high school romance show it succeeds generally by being very good at what it is. The main couple are both adorable together and seperately and there’s a fun supporting cast that all bounce off one another well. It’s also nice how matter of fact-ly the show treats the various character quirks. Nanako speaking exclusively through poetry isn’t really perceived as odd by anyone around her, it’s just what she does and that’s fine.

Shorts that are based on existing properties are always an interesting proposition. Since the target audience is usually “people who already like the existing work”. Which is nice for the existing fans but can often make them incomprehensible to newcomers. This is all a way of saying that I have never seen Strike Witches. From the perspective of someone outside the target audience I tend to judge these kinds of series on how much I enjoy them without the assumed background knowledge. With that in mind I enjoyed this one quite a bit. Some of the characters feel a little underutilised but they’re a fun bunch nonetheless. It also made me a lot more interested in actually watching the series proper some day, so mission acomplished I suppose. 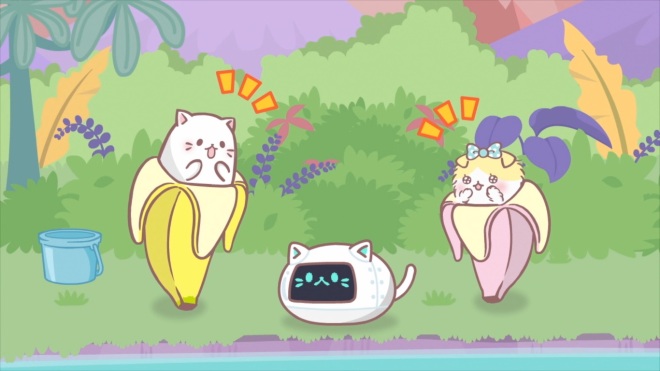 A sort of vaguely promotional series for Fukuoka about a bunch of anthropomorphised local foodstuffs, Pirikarako is for the most part a relatively sedate affair. Occasionally it veers hard into unsettling teritory though, like when characters just casually start eating one another mid conversation, or the episode where a giant deformed chicken runs a cursed chicken resteraunt in a graveyard. It’s probably best not to think too much about that. It’s definitely not as outright trippy as previous winners of this award but it still has its moments of genuine weirdness.

Teekyu Award For Most Teekyu Show To Teekyu This Year – Teekyu

How does this keep happening? It’s been two years since the final series but the implacable presence that is Teekyu has once again inserted itself onto this list somewhere between me hitting publish and the post appearing, I didn’t even write this!